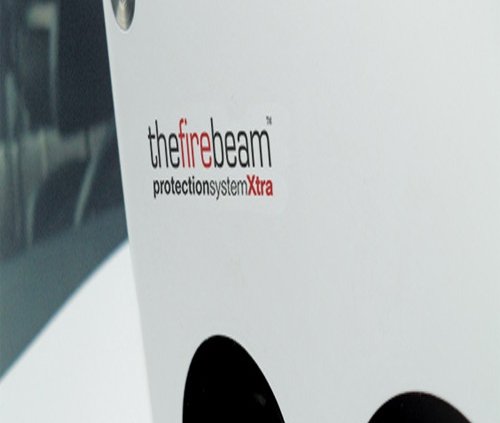 The standard Fire Beam Xtra package comes complete with the head unit, the low level controller, a single reflector, a user manual and a 3mm allen key. This will enable you to cover distances up to 70 metres. To cover distances over 70 metres just add one of our range kits to extend the coverage up to 160 metres.